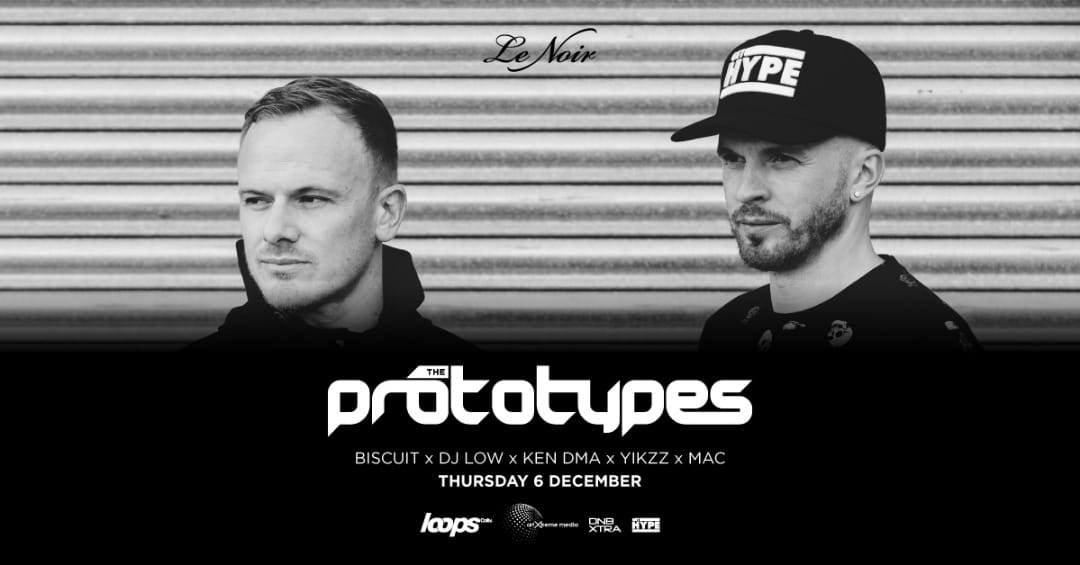 Let’s tear the roof off once again, with the one and only
THE PROTOTYPES ( Get Hype Records )

about THE PROTOTYPES
The Prototypes are UK based producers and DJs, Chris Garvey and Nick White. The Protoypes exploded in 2014 with the guys gaining four Beatport No1 is a row with Abyss VIP, Pale Blue Dot, Humanoid, and Moscow. There debut album is out May 2015 on Viper Recordings

2013 saw the duo sign an album deal with Futurebound’s Viper Recordings. The first single from the album ‘Pale Blue Dot’ held the No 1 spot on the Beatport dnb chart for over a month with DJ support from Netsky, Chase & Status, Pendulum, Sub Focus, Sigma, TC, & more.

2014 has seen them go from strength to strength with ‘Just Bounce’ featured on Andy C’s ‘Nightlife 6’ album, the duo being signed to Primary Talent Agency and a summer residency on BBC Xtra Talent. The live gigs have grown with tours across the US, Australia, NZ, South Africa and Japan.

Entering 2015 and The Prototypes release their debut album ‘City of Gold’ in May on Viper Recordings featuring vocals from Ayak, Donae’o, Ayah Marar, Laconic, MAD HEAD CITY and Amy Pearson. The City of Gold album tour encompass over 50 dates and will see the guys playing at NASS, Urban Art Forms and the Tomorrowland festivals.

It’s not hard to see why the future has never been brighter for one of the most exciting production outfits in recent years.